On this site, we combine our personal knowledge with other credible sources to create informational blogs regarding the construction industry with a focus on general contractors. Please feel free to comment with informative information or opinions. 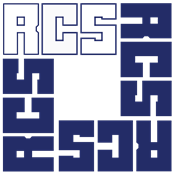 THE PROCESS OF CHANGE ORDERS

During a change order, work is either added to or subtracted from the original contract plan in the beginning. When this occurs, it could cause unexpected costs or differentiation in the completion date. Below is an outline of the process in which contractors must go through when a change order has been introduced.

The contract is signed.

Keep in mind, there are many more steps prior to getting to this point in the project timeline. Moving forward, once the original contract is signed, the construction process begins.

The issue is raised.

Uh oh… you are week six into your project and now an unforeseen site condition or a need to change the original project plans has occurred. What are you going to do? The first step would be to contact whoever is in charge of the project and raise the issue to them.

*TIP: Take pictures of what the problem may be. This will be easier for others to agree upon the change, and it will be proof of the situation. We cannot stress enough the importance of thoroughly reporting all aspects of the event that creates a need to change the original contract. A detailed report creates transparency between the contractor and client relationship allowing for both parties to have a full grasp on the issue they have encountered. Communication is arguably the most important factor in situations such as these.

During this stage, a plan will be considered for the discussion between the client and contractor. This plan will need to be a detailed conversation/negation between both parties with the inclusion of all the specifics prior to the meeting.

The change order plan should include:
-      Detailed scope of work
-      Revision of the completion date
-      Analysis of the need for change that has arisen
-      Change of the contract price
-      Modification to the contract documents.

Each relationship between a contractor and client can be different in so many ways, which makes it difficult to estimate a time for a change order claim to be approved. However, we have noticed a good estimate to be somewhere around a two week period.

Change is agreed upon.

Once the change has been proposed, it will go through a bilateral agreement between parties and the contractor. In some change orders, there will be a guarantors and/or sureties. While trying to amend a contract without a guarantor’s consent could possibly release the guaranty. This could cause problems that one would typically want to avoid.  The sureties will guaranty the contractual performance. This will be under a performance bond or a payment bond.

The contract is amended.

Once the change order has been agreed upon, a new contract will be amended. The original contract will still exist; however, the amendment will replace the specific part within the contract to fit the new change.